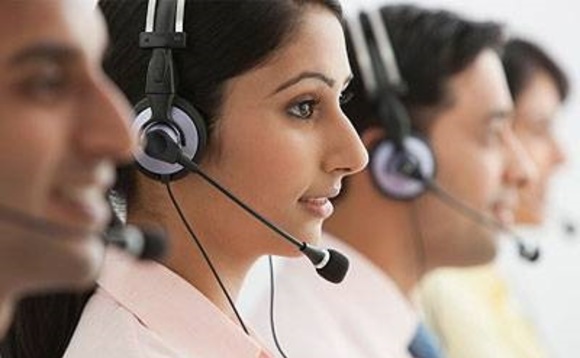 This was a 2,000-word feature for AVCJ focusing on a Singapore-headquartered PE firm’s attempts to merge and find synergies between two companies in the world of customer care centers

Three years ago, Sanjay Chakrabarty, a managing director at Capital Square Partners, was considering ways to restore Indian business processing (BPO) player Aegis to tis former glory. He opted for a reverse merger with a US-listed company – a tricky move but one that appears to have paid off.

At the start of the previous decade, Aegis – then a division of domestic oil-to-steel conglomerate Essar Group – operated 56 call centers in 13 countries. Mounting debt at the parent company level, however, resulted in the sale of Aegis’ operations in the US and the Philippines to Teleperformance, the France-headquartered industry leader.

Profit margins subsequently fell as rising competition and falling demand meant the key markets of Malaysia, Saudi Arabia and India failed to make up for the loss of the lucrative and higher revenue-generating US market. In 2017, Capital Square, a Singapore-based private equity firm, offered to take out Essar in full. It paid $270-300 million for the business and soon began positioning it as a suitable acquisition target for a US peer.

Know your target
It helped that Capital Square had earlier experienced a similar process. A year earlier, working in conjunction with CX Partners, it completed a $420 million exit from Minacs Group, which was also the former division of an Indian conglomerate. The buyer was US-based BPO provider Convergys. As a result, the private equity firm built up an understanding of the US BPO landscape and it knew which companies were interested in M&A opportunities.

Capital Square identified StarTek, a Denver-headquartered business that traded on the New York Stock Exchange, as its buyer of choice. Prior to 2017, StarTek had posted losses for is straight years. Three of the four leading US telecom carriers were its customers, together accounting for over 50% of revenue. The rise of interactive voice response (IVR) solutions and customer care apps, however, meant call centers were becoming less popular. The proposed merger between T-Mobile and Sprint, the country’s third and fourth largest carriers, was set to further jeopardize the company’s future.

The challenge facing StarTek was easy to grasp but difficult to address: It needed to become more than a BPO provider to stay relevant to US clients.

Capital Square presented a vision – a merger that could lead to the eventual creation of a globally competitive brand – that appealed to the company’s majority shareholder. This led to StarTek acquiring Aegis in a cash-and-stock transaction with Capital Square taking a 55% interest in the new entity.

As the result of the merger, StarTek’s international operations have grown substantially. Telecom carriers now contribute less than two-fifths of revenue. Meanwhile, the company that used to be Aegis – now able to bill clients from the higher revenue generating markets in North America – has a more secure future. “Started brought the US and Philippines market presence [back for Aegis]. It also brought significant new growth opportunities in e-commerce. StarTek previously had a large customer engagement with a leading e-commerce player,” says Chakrabarty.

The numbers back up the investment thesis two years on. Before the merger, Aegis generated $400 million in annual revenue from 47 call centers in 10 countries. As part of Started, pro forma revenue for 2019 reached $657.9 million, with 49 call centers in 13 countries. In the most recent quarter, StarTek posted record gross quarterly profits of $27.6 million, chiefly due to the creation of a leaner unit. Headcount across the two companies have been reduced by 6,500.

The unification came at an appropriate time as well. Less than three months after the event, Teleperformance, which has 460 call centers globally, entered the Indian market by acquiring Intelenet from the Blackstone Group. In the same year, Concentrix acquired Convergys to create the second-biggest player in the US. In both their primary markets, StarTek and Aegis might have struggled had they continued on their own.

For the stakeholders of what used to be Aegis, the association with an entity listed on the New York Stock Exchange brings with it other tangible benefits such as a repetitional boost, a perception of improved transparency and a brand with a longer legacy.

Following the removal of the CEOs at both companies, Started initially brought in Lance Rosenzweig, Aegis’ former point man for the US, to lead the management team. Capital Square then recruited a CFO who had previously worked with them at Minacs and appointed Aparup Sengupta, an operating partner at the private equity firm, as chairman of the board. As CEO of Aegis in the first decade of the millennium, Sengupta is credited with turning the company into a globally competitive player.

After outlining the vision, Capital Square tasked Rosenzweig, and a management team comprising executives from both companies, with establishing global service delivery capabilities and global sales teams. The objective was to show clients that they were now being served by an improved operation that offered nearshore, onshore and offshore call center capabilities. StarTek now provides customer care services across time zones in Southeast Asia, South Asia, the Middle East and North America.

“There are inherent benefits to being a global partner. For example, StarTek primarily delivered services in Spanish and English. With Aegis, it is now capable of delivering services to customers in more than 20 different languages,” Chakrabarty says.

Global mandate
After making sure the right people were in charge in the US, Capital Square then turned its attention to the overseas operations. Rajiv Ahuja was duly hired as global COO of StarTek last year. Over a 40-year long career, Ahuja claims to have been part of 18 acquisitions. Integrating disparate international operations and settling nerves has become an all-too familiar task. It also helps that he’s familiar with the non-US operation having earlier built much of it himself at Aegis a decade back.

“I built and sold Aegis’ Philippine operation to Teleperformance. I was very familiar with half of the new company. I think I played an instrumental role in building what was Aegis [outside India],” he says.

While Ahuja was not at the company at the time of the merger, his assessment upon arrival was that Capital Square had opted for a mature and patient approach as the financial owner of two companies with very different cultural backgrounds. “Either you buy into the ‘big bang’ theory and you put together a team that is going to address the integration challenges across the three broad domains – people, process and technology – or you wait for the dust to settle,” he says. “When I talk to my global teams, a large amount of the insecurity that a workforce typically endures [post-merger] is not there”

Earlier in the year, Sengupta was promoted to CEO after Rosenzweig opted to leave. The GP had earlier agreed that Rosenzweig would only stay for an interim period after meeting ana agreed set of objectives. It was only towards the middle of 2019 that the two companies began operations under the unified StarTek brand, Ahuja says.

However, merely having a global presence may not be enough to safeguard StarTek’s future. Some bullish technology start-ups believe a post-call center world might not even involve a human picking up the phone. Skand Bhargava, a practice director at Everest Group, says clients are also critically evaluating service providers by looking at whether they offer digital solutions as well as call center capabilities. “Scale continues to be important in this industry to drive better margins and deliver economies of scale but it’s also about building adjacent capabilities,” he says.

In particular, many BPO firms are investing in digitalizing back-end operations by employing agent-assisting software solutions that improve analytics and visualization capabilities. If they can speed up the phone call experience for both the employee and the user alike, there are contracts to be won.

Purely focusing on “butts on seats” as the industry’s long-preferred metric is expected to go out of fashion. Ahuja states StarTek is aware of such trends, but he believes there will always be a need for effective human-centered customer service especially as newer industries emerge that can replace falling demand from telecom firms. The in-house view is that customer service will become a lot more technical, involving helping customers deal with problems such as interacting with apps or solving other complex issues beyond bill payments.

Investments in such capabilities can now be made given StarTek’s emergence as more than just a regional player. “With the capability of a much larger scaled organization, we can invest in newer areas such as digital [customer service] that is increasingly a requirement,” Chakrabarty says.

For now, though, Ahuja’s main task involves finalizing the global integration plans. To that end, StarTek appointed a new chief technology officer and global head of sales after Ahuja’s appointment.

With the coronavirus pandemic muting investor sentiment across markets, the call center operator’s stock does not have a positive outlook for the near term. As of March 30, StarTek’s shares closed at $4.05. On the day of the merger, it reached $6.81. Even if the stock were trading higher, Capital Square would not be tempted to sell, arguing that it is too early to be considering an exit. Owning a listed asset, though, does give the firm several options that private equity owners seldom obtain so early.

For the time being, the GP is focused on cost and market synergies that have yet to be fully realized. According to its 2019 annual report, StarTek earned $13.4 million per facility based on the pro forma revenue calculation that combines sales figures from Aegis and StarTek centers. This compares favorably to EUR11.6 million ($12.7 million) per facility earned by Teleperformance, but it’s lower than the Concentrix figure of $17.1 million.

Consolidation continues
Nevertheless, StarTek is in a favorable position in an industry where consolidation is expected to continue. With the company’s five largest call center competitors capturing less than 20% of the market, the pace of vertical mergers will quicken, Bhargava says. Later in the year, Synnex, the parent company of Concentrix, plans to list the business, which will bring back attention to the industry.

For Capital Square’s Chakrabarty, the back-to-back deals also demonstrate that Asian private equity firms can go beyond providing growth capital and execute complex transactions. Not only did Capital Square recognize the right deal-making opportunity early on, the GP formulated and carried out a multi-year plan by leveraging its experience, network and financial acumen. “Everybody talks about operational leverage but when you translate it, it really comes down to whether you are able to operate in a seamless fashion in multiple markets,” he says.

By doing so, Capital Square believes it has placed StarTek in a good position for the fourth decade of its existence. “There is opportunity for consolidation [in the BPO sector] and we have contributed to that consolidation,” Chakrabarty adds. “While it is a fragmented market, the number of companies that can do it on a global scale are not that many.”