This article was written for my Reporting & Writing class in Sept 2017. Two weeks later, the lawyer mentioned in this article helped bring about a landmark ruling. The article trended on Reddit as well.

Nankivell, in an interview with the South China Morning Post, indicated that such a move would be a “measure against discrimination”. The diplomat surmised that it would benefit Hong Kong in the long run.

Many countries began to adopt progressive legislation with Taiwan’s top court recently ruling in favour of same-sex marriage joining the likes of common law nations such as Canada, New Zealand, the United Kingdom, South Africa, Ireland while Australia launched a postal survey just this week to gauge the opinions of the citizens, according to the BBC.

The Labour Relations Act safeguards individuals from discrimination based on secular orientation in the workplace in nearby Macau.

Vidler, who worked on a case here supporting the partner of a British lesbian who was denied a dependent visa, believes the city’s reluctance to modify its stance in the face of changing attitudes could have consequences. The Briton is notable for helping lower the age of consent for gay men in the city in 2004 in the landmark ‘Billy Yeung’ case.

“When you think of general attitudes around the world, there is an unstoppable acceptance of diversity and LGBTI rights,” said Vidler.

The Hong Kong Free Press reported in June that “twelve international banks and financial institutions” sought to support Vidler’s efforts to his client succeeded in her claims to overturn the judgement.

“Banks generally keep their heads down. It’s astonishing that they managed to get together and sign to join the proceedings,” Vidler observed.

“I’m not going to come here thinking of setting up Hong Kong as my home when my partner is treated as a second class citizen.”

Studies have found an increasing acceptance of the LGBTI community in Hong Kong; the Equal Opportunities Commission found in a widely quoted study last year that 55.7% of respondents of a survey were in favour of anti-discriminatory legislation.

The survey also found that the youth were especially keen to see pro-LGBTI legislation. 91.7% of the respondents between 18-24 wanted the community to have legal protection.

“People are afraid to talk about their sexuality but compared to the past, people do hold different opinions which are supportive of the LGBT community,” stated Anson Wong Tsz-hon, a 24-year-old local law student at the University of Hong Kong. 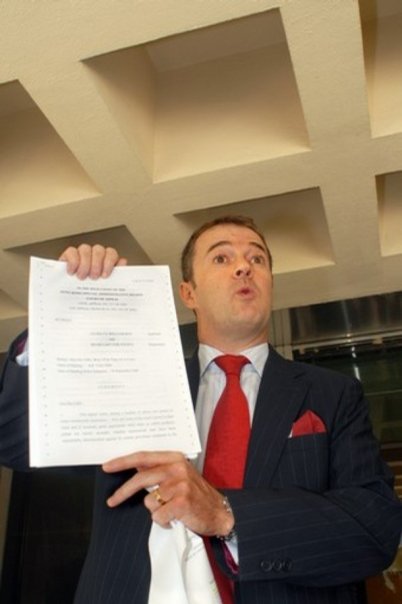 Following the interview by the South China Morning Post, the newspaper also revealed that a record number of Hong Kongers had chosen to emigrate to the North American nation in recent years.

“It’s the country or one of the countries at the foremost of diverse recognition of same sex marriage. I don’t think that’s any coincidence,” added Vidler.

“The younger generation are the ones who are worried about the economic downturns, the ones who have seen the encroachment of rights, the increasing involvement in Hong Kong of mainland politics and influence.”

“You have got this whole voting demographic who don’t have access to power. In the long-term, it generates incredible frictions.”

Wong has seen similar concerns among his friends in the community as they can be seen “constantly talking about emigration or moving to Taiwan.”

In contrast, Casper Sun, 33 and a new arrival from New York, believes the situation can improve with the passage of time.

“As a gay person, I root for my brothers and sisters but it is a legalisation process, it’s not a sentimental thing,” the Chinese beautician said at Petticoat Lane Bar, one of many popular gay-friendly hangouts that have sprung up in recent years.

As long as gay-friendly legislation doesn’t offend locals, Sun said he is “all for it”.

Vidler concluded that the city is definitely at a crossroads.

“I think that there are huge amounts of people here who… might not hold their views on their sleeve but they are prepared to be accepting and they do cherish freedoms,” he said.